Passing along some deep cuts analysis we ran on our monthly social media trackers (fresh data from February included) and a follow-up qualitative survey that we ran over the past week.

o   The percentage of Facebook users who also have an account with TikTok has been growing over time. This issue is not unique to Facebook – in fact, TikTok has more cross-over with other social platforms.

o   For the most part, existing Facebook users who ALSO use TikTok don’t show slips or slides in Facebook engagement KPIs that we track over time.

o   The competitive landscape is simply MUCH more crowded among the younger age cohorts than it is among older cohorts.

o   Where TikTok seems to be most disruptive is at the front of the funnel. 18-24 year-olds, and to some extent 25-34 year-olds, are relatively less likely to be current Facebook users compared to older cohorts. 18-24 year-olds who use BOTH TikTok AND Facebook and visited both the day they took our survey self-reported having spent 82 minutes, on average, on TikTok compared to 45 minutes, on average, on Facebook.

o   An important thing to understand about the front of the funnel is that the younger respondents are, the more time they feel they have per day for social media usage. With younger cohorts, the competitive pie is more crowded, but it is also larger.

o   The question then becomes, will the front of the funnel adopt Facebook as they age? Among 18-34 year-olds who do not currently use each social media platform, Instagram and Facebook are the platforms most likely to be used in the future.

o   Despite the front of the funnel competitive dynamics – we see in our data that 18-24 year-olds actually think more of their friends are on Facebook, Instagram, and Snapchat compared to TikTok.

o   The reason these qualitative notes are important is that it shows a distinct use case for TikTok (something that is perhaps used more for entertainment and fun and less for friends) and a reason to continue leaning on Facebook/Instagram despite the usage of TikTok for fun and entertainment (ie, “friend 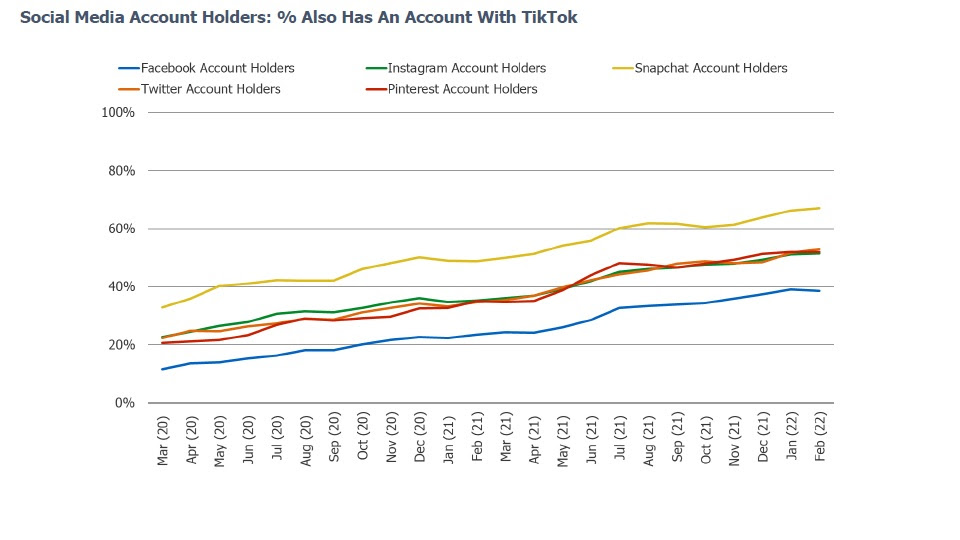 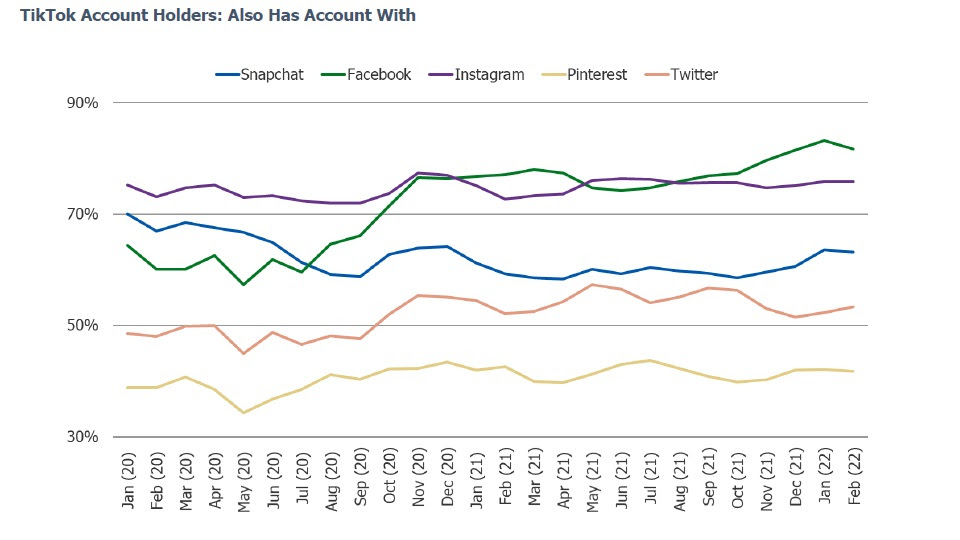 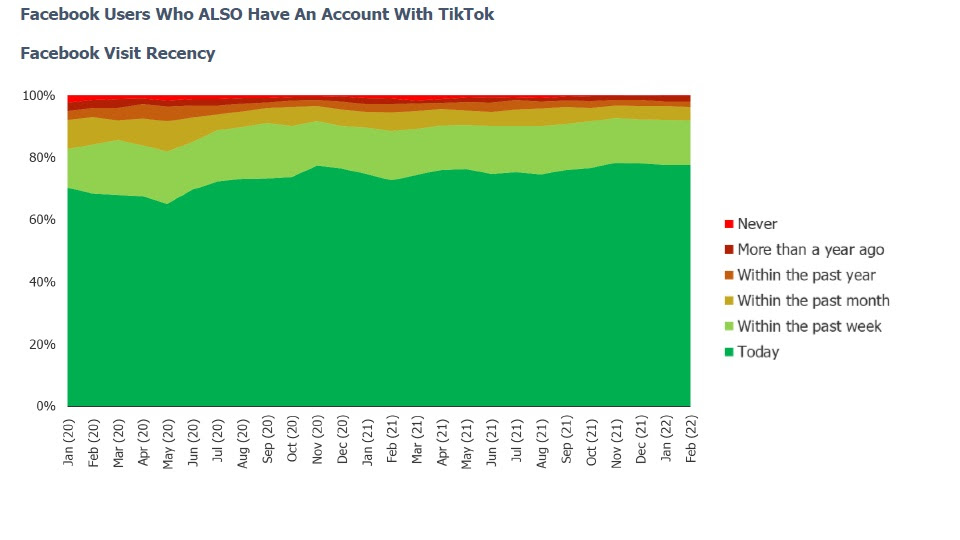 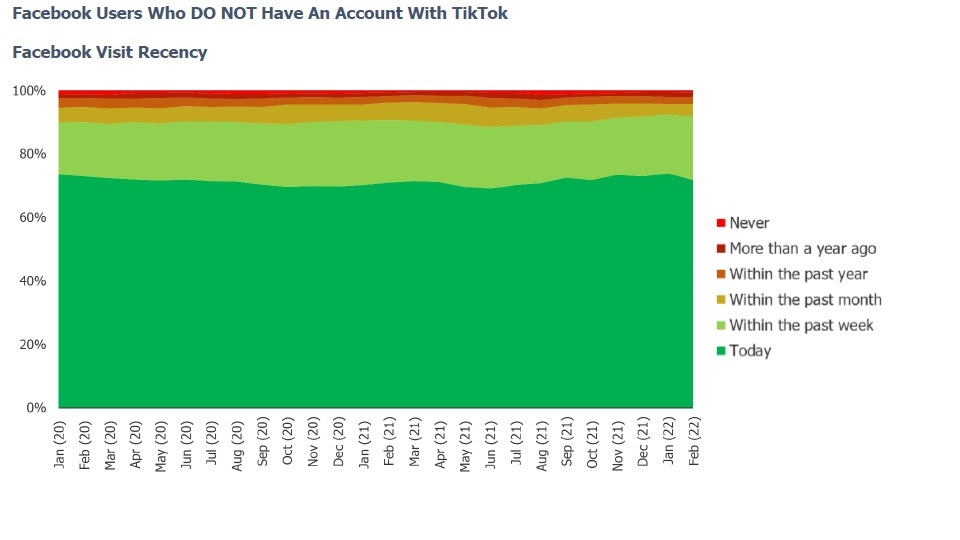 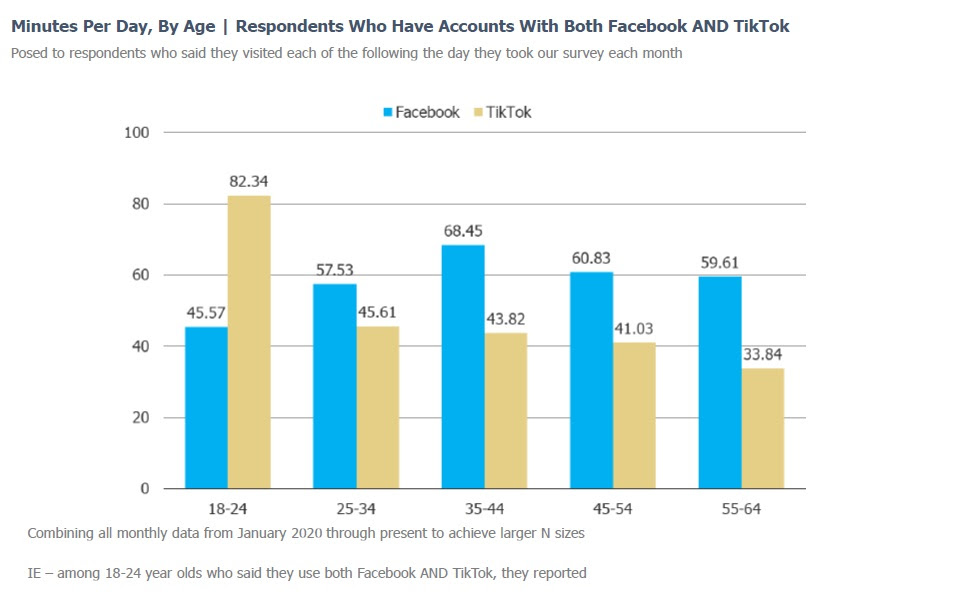 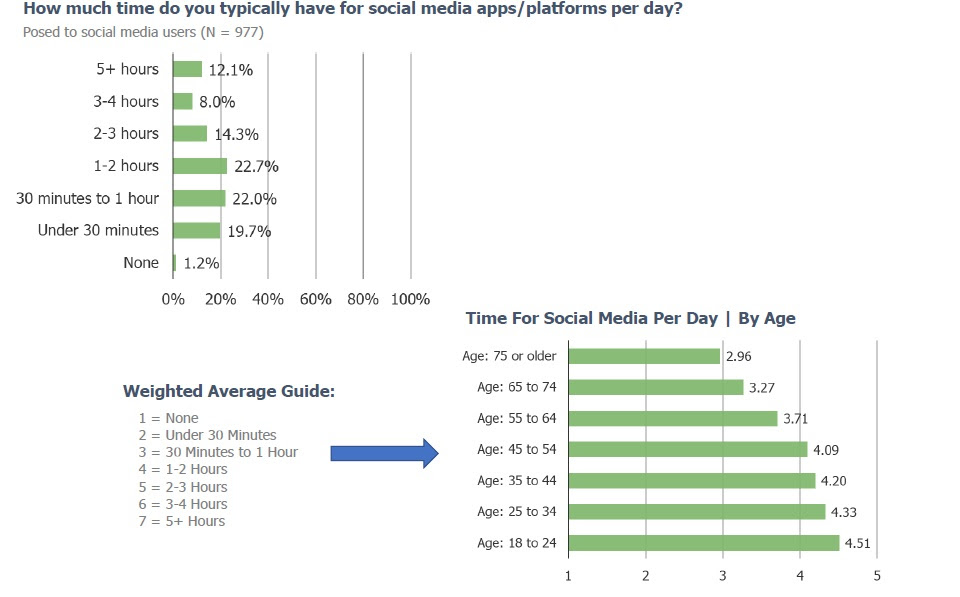 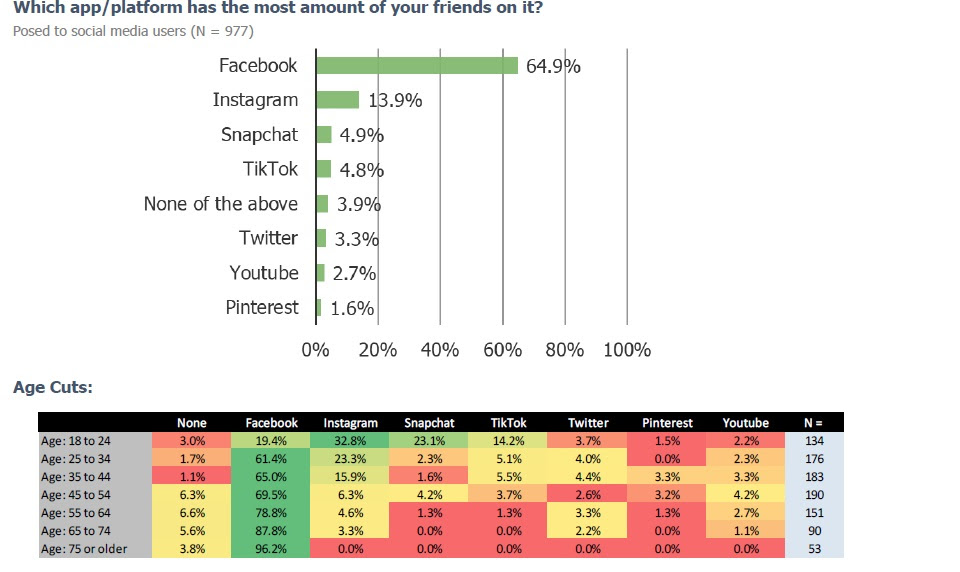 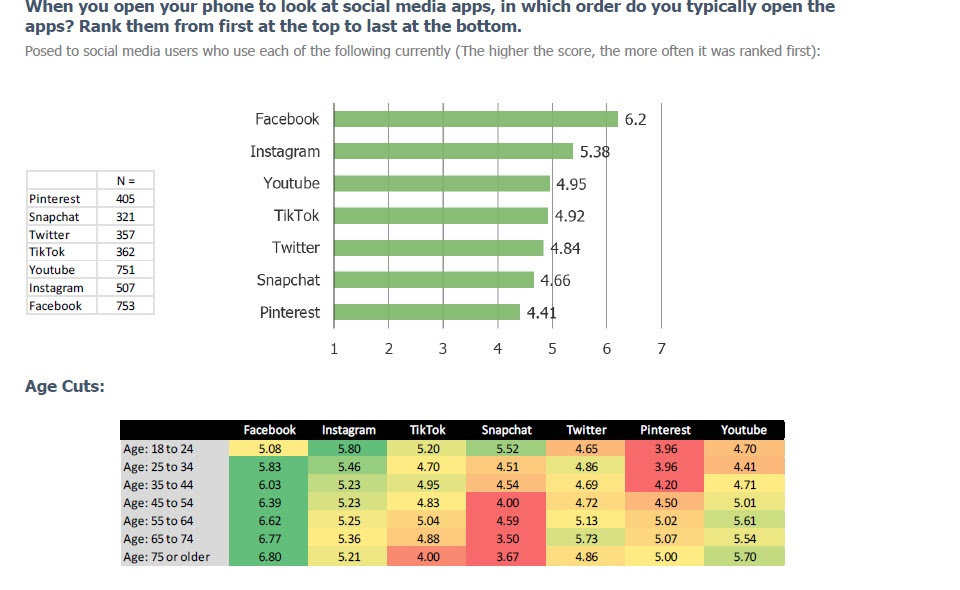 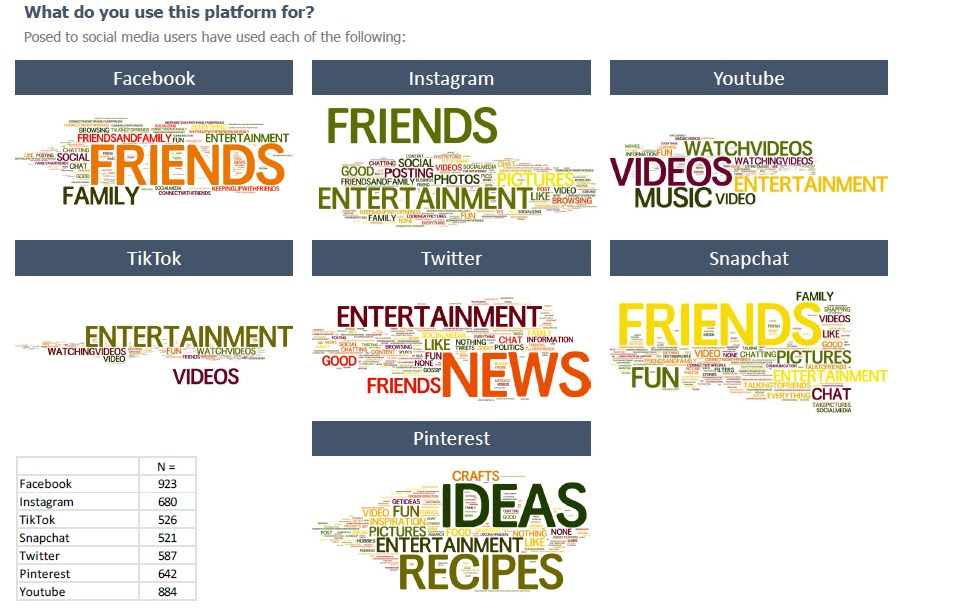 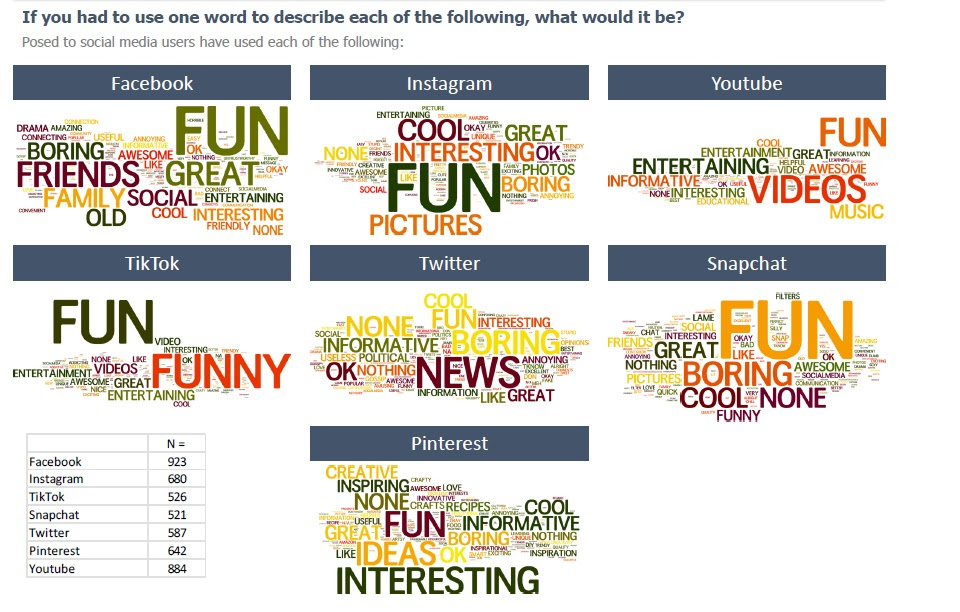